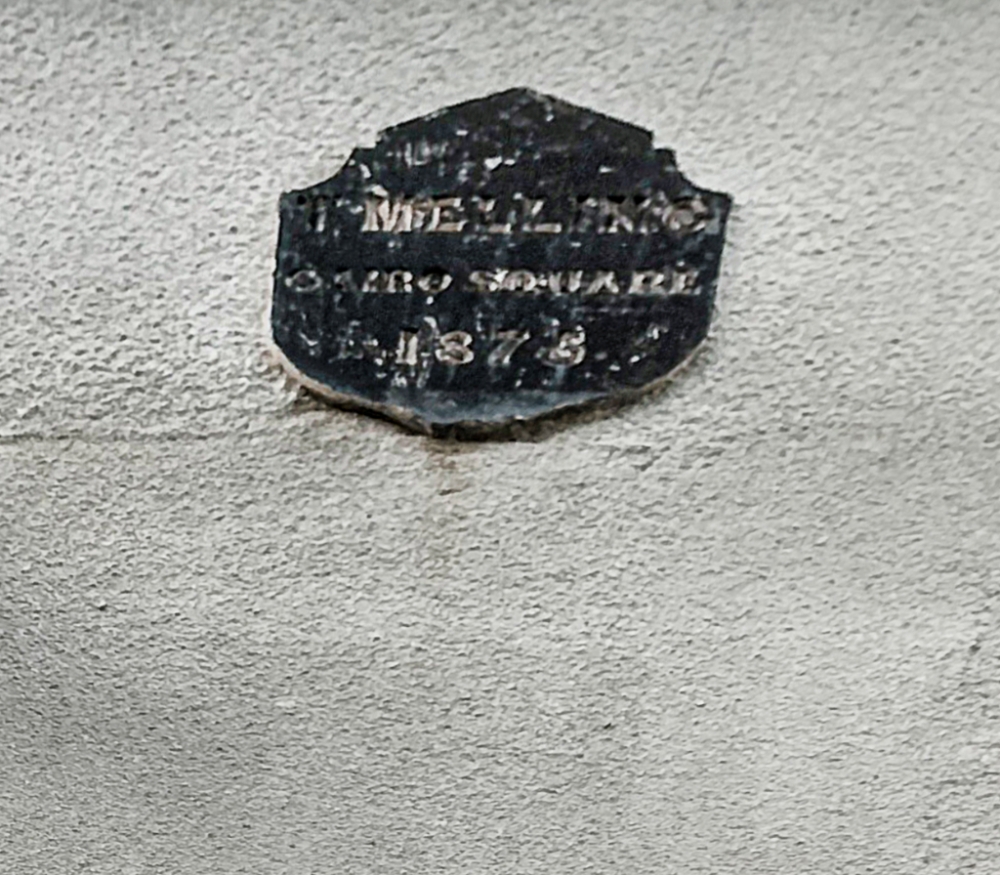 Credit: Philip Wilkinson
In 1865, Thomas Melling was working as a driver of the English mail trains in Egypt. There was a cholera epidemic which had begun in 1863 in Bengal, India and reached Egypt in the same year. In gratitude for his heroism in sticking to his post during this time, the Egyptian government later provided funds for him to build a modest house for himself back in his home town of St Helens.
Thomas Mellings house in Cairo Street, was presumably built in 1878 on his return from Egypt. A shield-shaped plaque on the house reads: T. Melling, Cairo Square, 1878. A second plaque on the house commemorates the gift of funds from the Egyptian government that paid for its construction.
Item added : 20th May 2022
by Philip Wilkinson