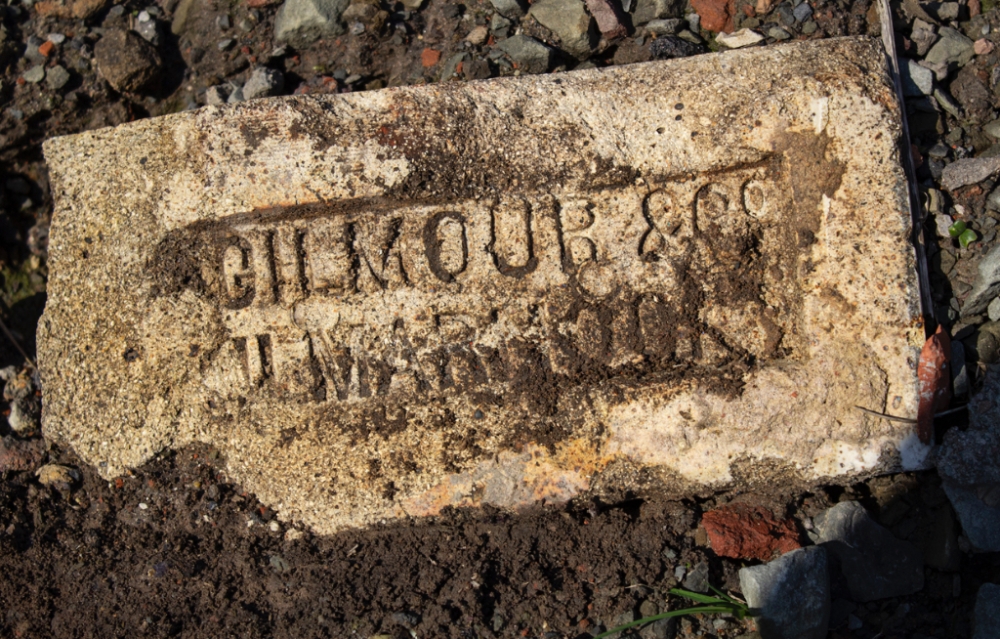 Credit: Philip Wilkinson
The Gilmour & Co Kilmarnock Brick was found on the bottom edges of the Burgy Banks and it appears to have been discarded after some changes to the paths at the side of the Rainford Brook.
The origins of the brick is from Bonnyton Fireclay Works, Kilmarnock, Ayrshire. Scotland. The brick is stamped to both sides with the same brickmark. Which is very unusual and there is a glazed side to the brick.
The brick could have come from a number of old buildings in the area that have been demolished . There is a possibility of the alkali works (Globe) at Gerards Bridge being a contender or Gerards Bridge Colliery that would make the brick quite old.
Item added : 8th March 2022
by Philip Wilkinson