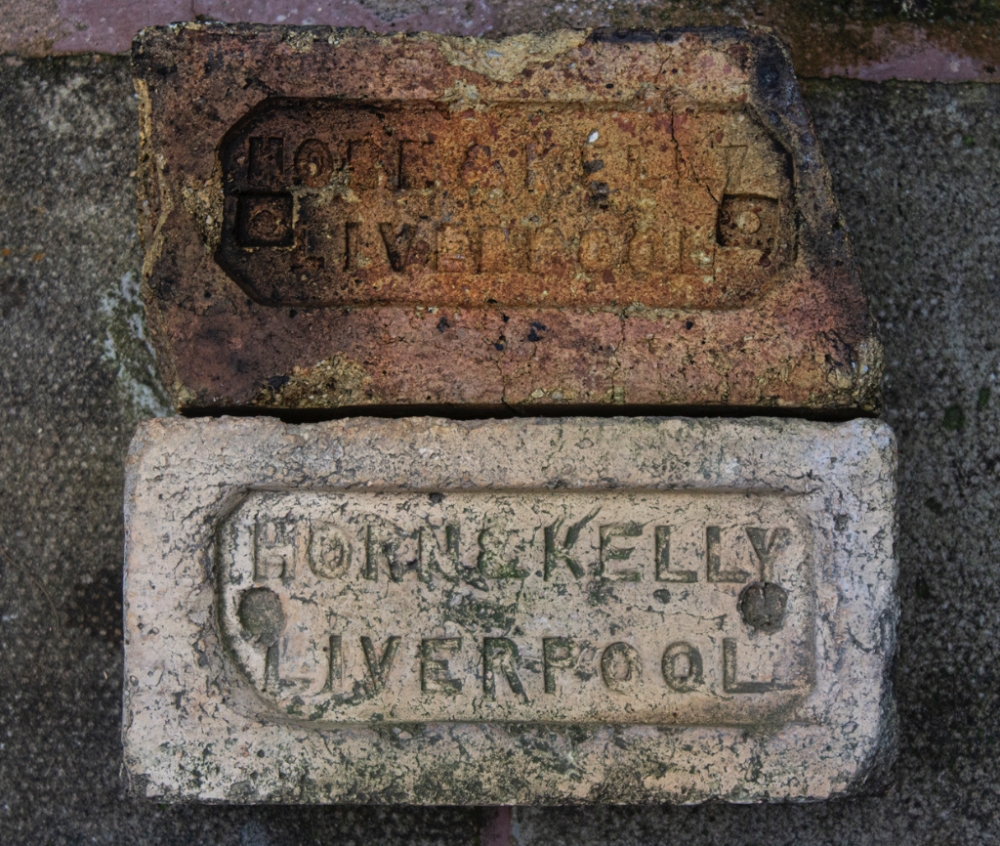 Credit: Philip Wilkinson
Horn & Kelly Liverpool brick marks are associated with The Ravenhead Sanitary Pipe and Brick Co that in the past was located on Burtonhead Road, St Helens (near Ravenhead Colliery).
Historically, the origins of the company partnership was established around 1850 by Mr W. Edwards, Mr David Horn and Mr John Kelly, and had premises in Ravenhead and also in Liverpool.
It appears that Mr Edwards left the partnership around 1857 and the firm then became Horn and Kelly (as on the brickmarks).
In 1874 the Horn and Kelly partnership ended and Mr Horn continued with the brick making business. The company was registered as the Ravenhead Sanitary Pipe and Brick Co around a year later.
The brick appears to be possibly from the period between 1857 - 1874.
Item added : 16th February 2022
by Philip Wilkinson