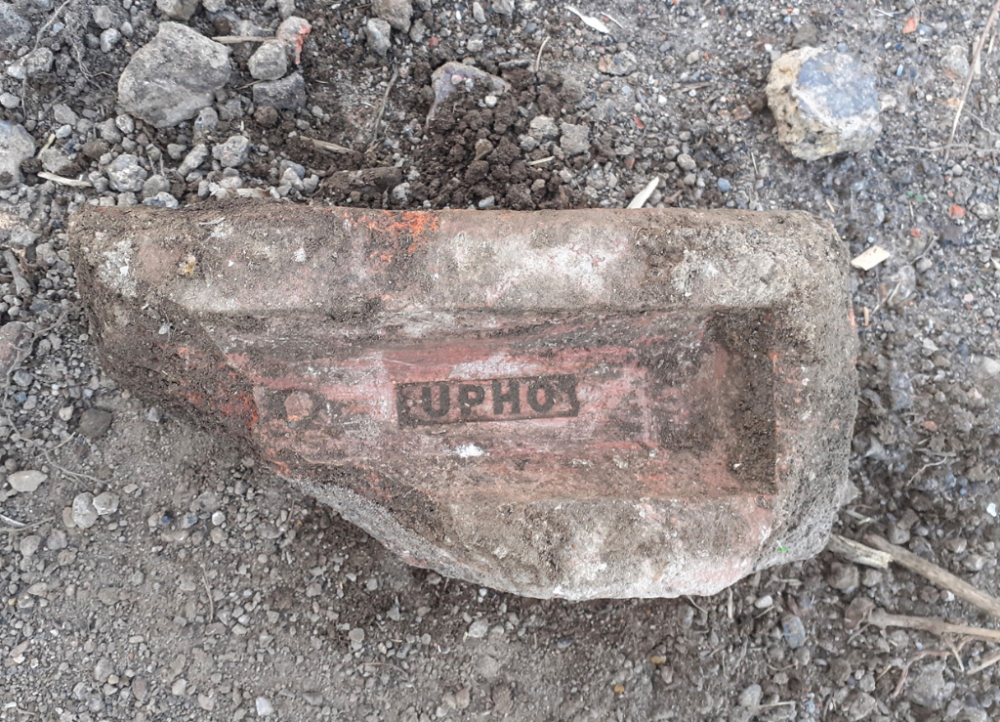 Credit: Philip Wilkinson.
Upholland brick found close to Pallet Land Ravenhead Road, This land was the location of the old Ravenhead Copper works. Copper came from Anglesey to be smelted but there was also shipments from South America (Argentina). It was cheaper and more cost effective to bring the copper to where the coal was in abundance.
UpHolland bricks from near Skelmesdale usually had 'UPHO' stamped as their brickmark. It was taken over in the late 1970's by Steetley Brick who called the site "Ravenhead'" and was then merged into "Ibstock" in the early 1990s.
Item added : 18th July 2021
by Philip Wilkinson