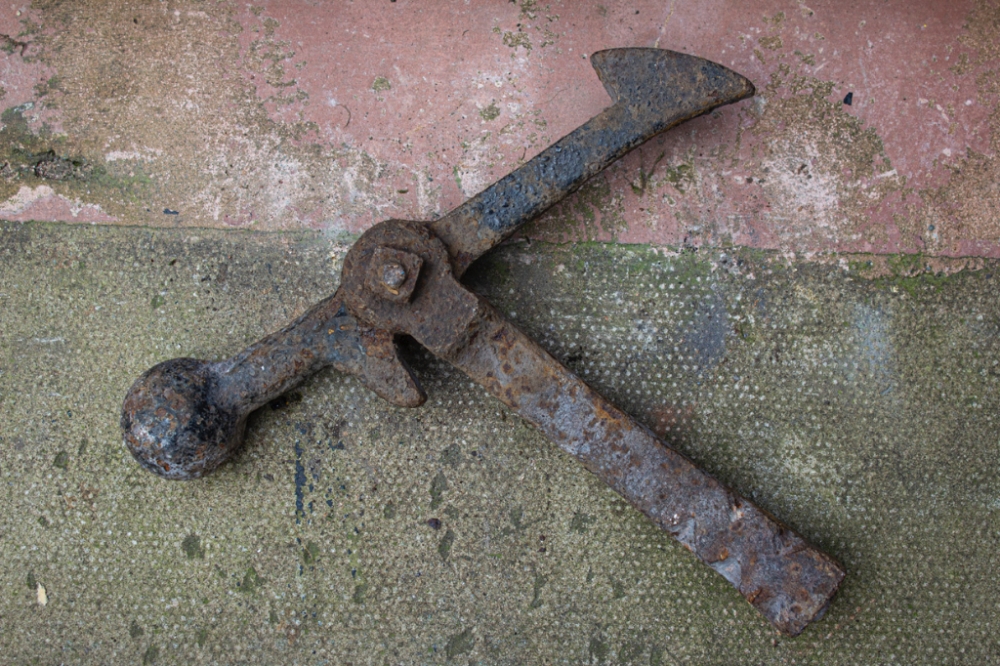 Credit: Philip Wilkinson
St Austins was build in 1895 and the presbytery was build much later in the 20th century. It was during the alterations to the church that the door stop appears to have been discarded.
Whilst digging to make gardening terraces at the rear of the church by parishioners the artefact was found in the ground buried and was salvaged as an artefact. The door stop appears to be made of cast iron and was probably painted at one time.
Item added : 15th May 2021
by Philip Wilkinson