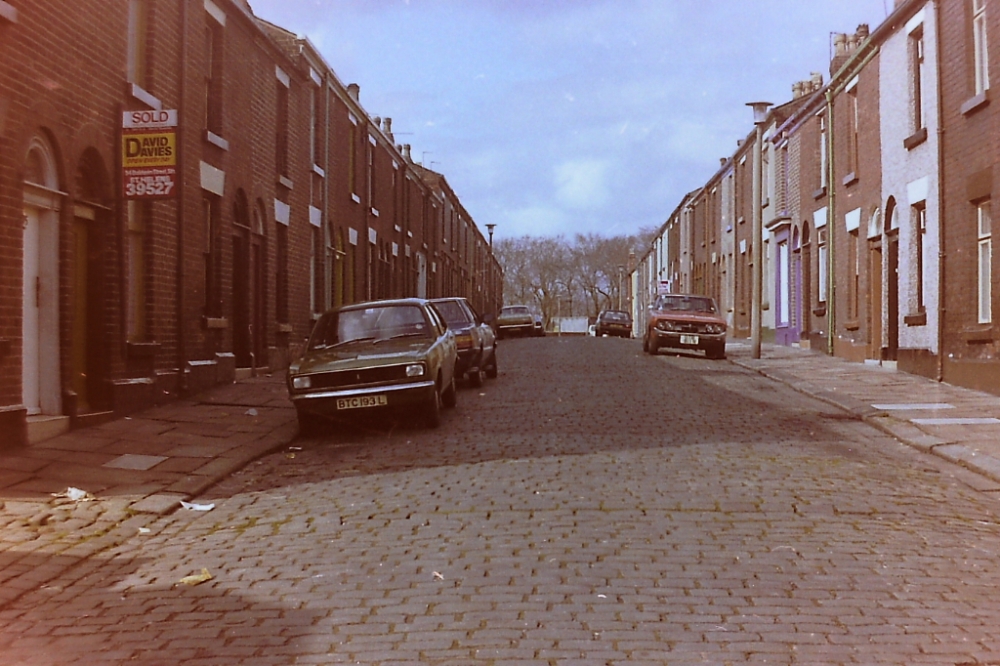 Credit: Dr Peter Martland
My name is Dr Peter Martland and I was born and grew up in St Helens after WW2, leaving in the early 1970s.
I am enclosing copies of photographs I took of the area around my home in Stanhope Street
during the period of slum clearance in the mid-1980s in the hope you will find them of interest.
I moved with my family to a small terraced house close to the junction with Rutland St a few
days after I was born in 1947. My parents spent the rest of their lives in that house - my mother died there in 2000
and my father moved into assisted living in 2003.
The terraced houses opposite where we lived were all demolished because of mining subsidence in the 1980s.
You might like to know I was educated at Lowe House Primary School and Holy Cross Secondary Modern School
to the age of 15. In my mid-30s I was admitted to Corpus Christi College, Cambridge to read the Historical Tripos
and I subsequently undertook a PhD. Thereafter, I enjoyed a long academic career here in Cambridge teaching,
writing and doing more than a bit of broadcasting.
Item added : 14th October 2020
by spmartland@gmail.com