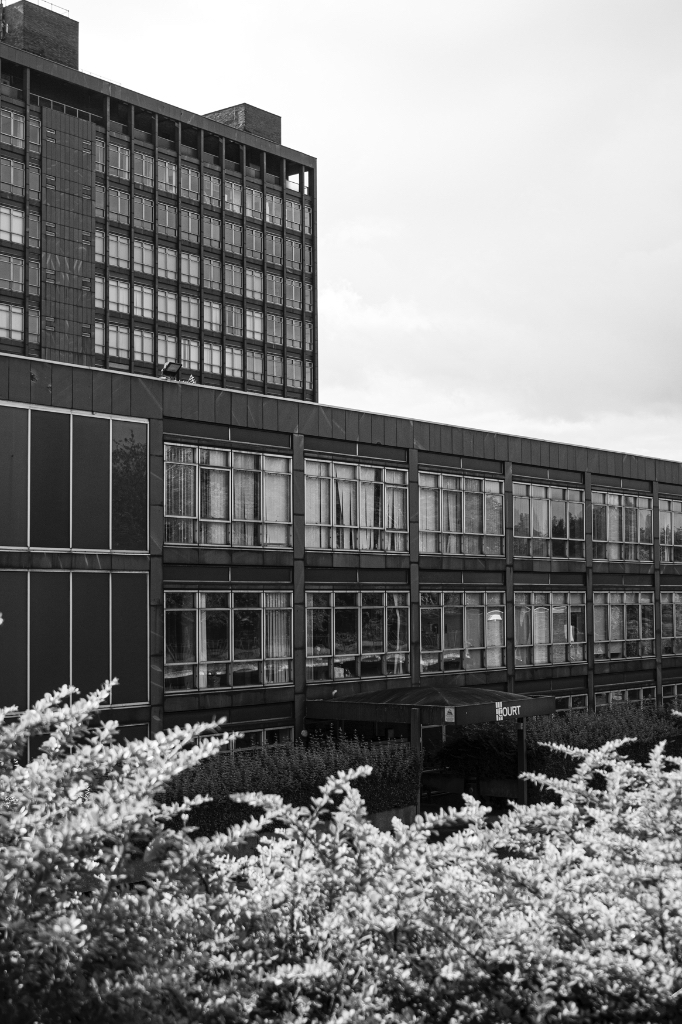 Credit: Philip Wilkinson
Pilkington's offices were built between 1959 - 1963.
Brief adaptation and history of the Grade 2 Listed Building.
Edwin Maxwell Fry (1899-1987) of Fry, Drew and Partners of London was appointed as the architect for the new complex. Fry had been trained at the Liverpool School of Architecture under Professor Charles Reilly and had been a partner to Walter Gropius (Bauhaus School) in the 1930s.
Fry had also, along with his wife and partner Jane Drew, designed the Punjab capital of Chandigarh with Le Corbusier (International Style of Archictecture) in the early-1950s.
Fry's connection to Pilkington's stemmed back to 1937 when he was one of a group of young architects chosen by the company to predict the use of glass in buildings of the future.
The site remained as the headquarters of Pilkingtons until 2005 when the company was acquired by Nippon Sheet Glass (NSG), whose headquarters is based in Tokyo. The site is still partly occupied by Pilkingtons.
Item added : 15th July 2020
by Philip Wilkinson