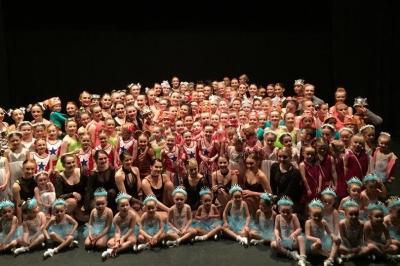 Jeanette McCulloch School of Dance took to the stage at the Theatre Royal in St Helens last month for their annual show in aid of the charity AIM.

They do not yet know how much money they have raised, but all proceeds will be going to AIM, a charity that helps amputees. The charity was selected because the father of two pupils from the school, Rachel and Charlotte Lantham, has been supported by the charity following the loss of his arm and sight due to diabetes.

The girls are looking forward to their next competition in two weeks time.
Item added : 25th June 2019
by UCCrew