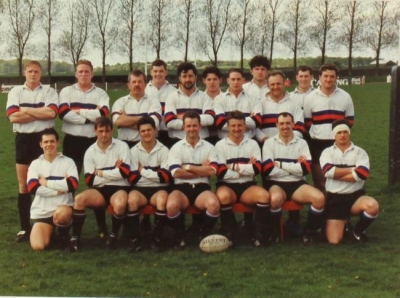 The snap has been shared with the Star by Vicki Caren, who is working with Liverpool St Helens on their heritage project and has been busy cataloguing their archives.

Vicki says she needs help identifying players in the team line-up, which she says was taken in the 1990s although the year is unknown.

She said: "The LSH 1990s team does feature current club doctor Kevin Simms, but I can't identify any other players and I am not sure of the year."