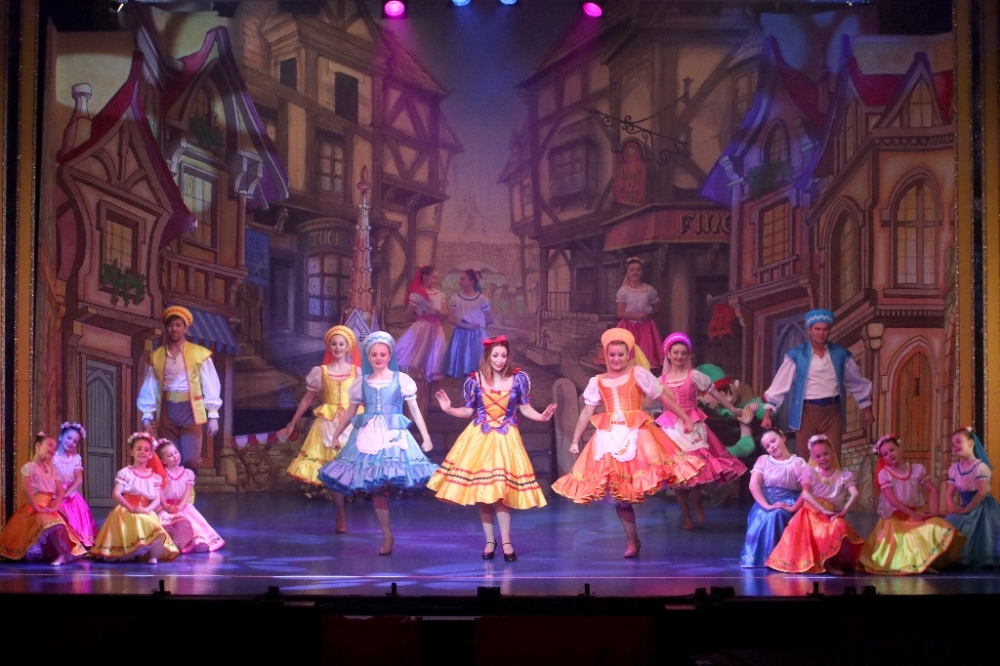 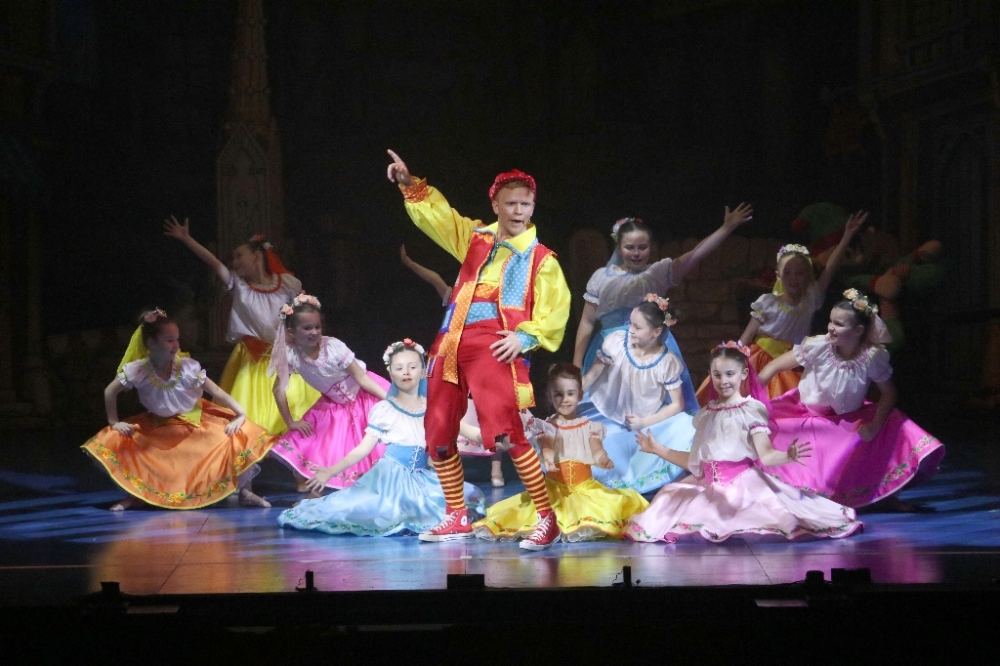 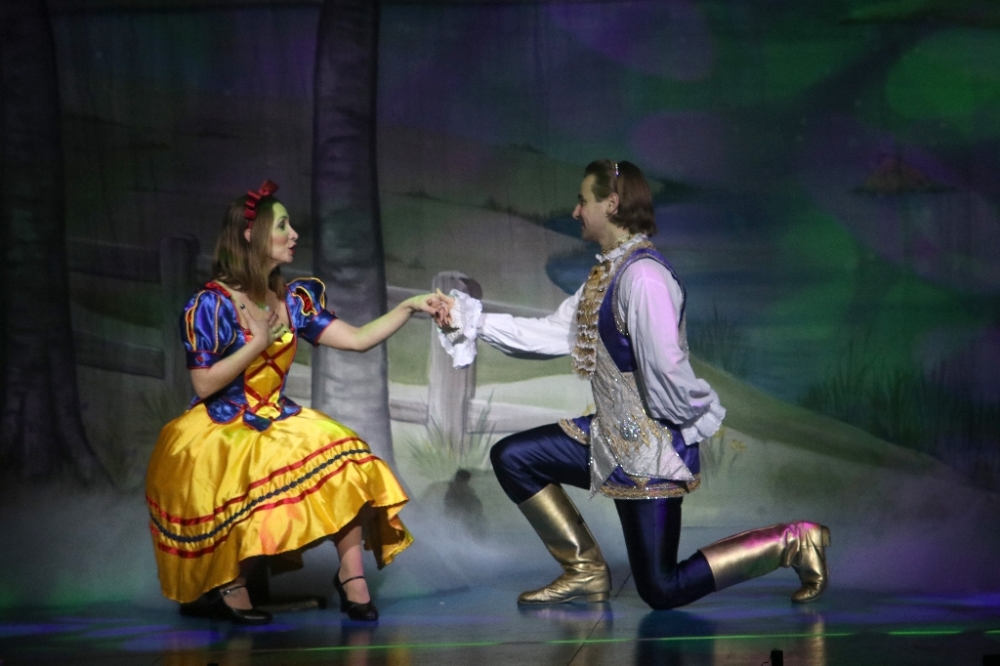 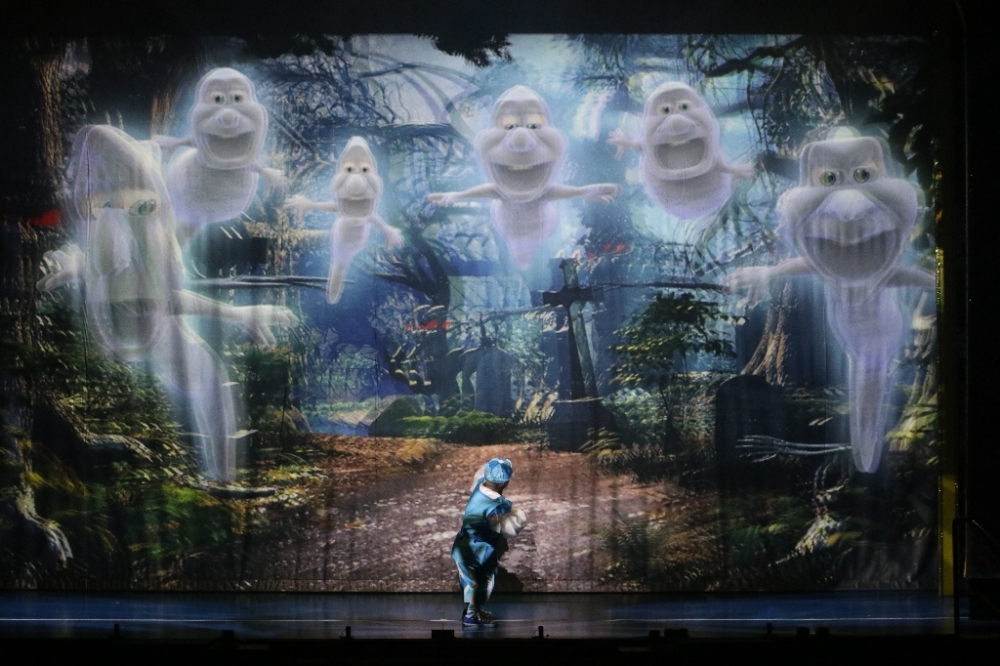 Information from Paul Clark (Northern Soul Review)
Regal Entertainment’s interpretation of the classic Snow White ticks all the boxes of your typical panto, but not in a routine way. There is a real verve and polish to the performance from all who grace the stage (and screen).

In the lead role as the fairest of them all is ex-Coronation Street and Wild at Heart star, Lucy Jo Hudson. As a Corrie alumna, we get a few obligatory mentions of the famous street. She shines in the lead role and is believably regal throughout.

Sharing top billing is St Helens’ legend Johnny Vegas, who is present and correct but only in a virtual sense as the Magic Mirror.

Vegas, who has often been described as a larger than life character, certainly is tonight as he appears via a screen that descends from the rafters at the behest of the evil queen.

She is played to perfection by another hometown star, Si Foster, who as Evil Queen Camilla is back again playing the dame in what is a tradition-within-a-tradition for the theatre’s Christmas panto.

Within the opening minutes, she’s imploring the audience to “give me a boo”. Given what she said she would do to Peppa Pig, the audience were more than willing.

Jack Rigby plays Prince Philip (of Fingerpost, no less) and he cuts a dash through the proceedings as the young suitor who is tasked with saving the day and winning the fair maiden’s hand in marriage.

Every panto needs its fool and Lewis Devine in the role of Muddles adds the requisite amount of silliness to the proceedings. He has a good line in corny jokes, and fart gags to keep the kids amused. OK, me included. The innuendo-laden Andy Pandy sketch certainly pushes at the line.

Herman the Henchman played by Ric Hazlewood switches from evil to good with consummate ease during the night and acts as a good comedy foil along the way
Item added : 28th March 2019
by UCCrew