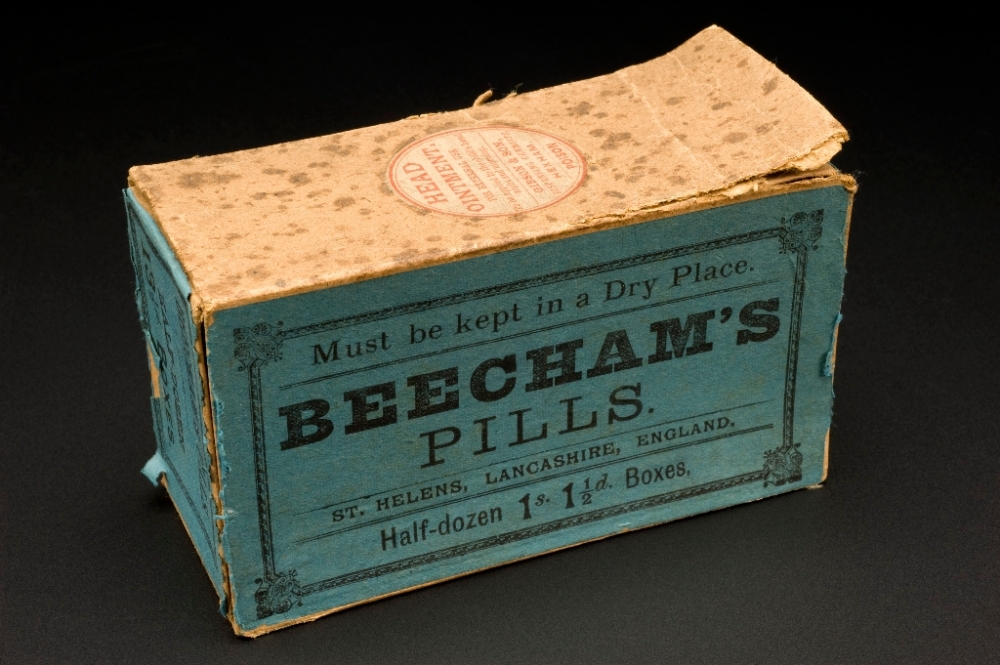 Credit: Science Museum, London. CC BY
Beecham’s Pills became one of the most popular ‘over the counter’ patent medicines after their introduction in the 1840s. Developed by Thomas Beecham, the popularity of the pills helped create a hugely successful global drug company and made Beecham, who came from humble origins, one of the richest men in the country.

Like most patent medicines, Beecham’s Pills were claimed to treat a wide range of medical complaints. However, unlike many other patent medicines, these pills developed a reputation for actually producing some positive health benefits.

Essentially a mild laxative containing aloe and ginger and other ingredients, Beecham’s Pills were a standard family medicine for many generations.