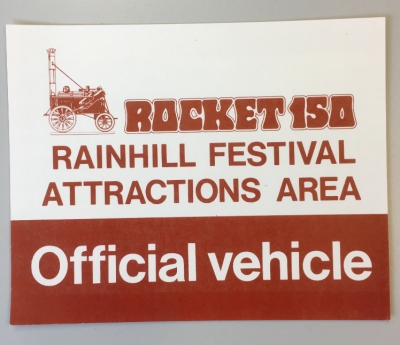 This vehicle pass is for the Rocket 150 event staged in Rainhill in the afternoons of 24, 25 and 26th May 1980.
Specially built replicas of the three locomotives and nine coaches were used to re-enact the Rainhill Trials of 1829. This was followed by a cavalcade of steam, diesel and electric locomotives, coaches and wagons to illustrate the history of railway development.
Item added : 14th September 2018
by St Helens Archive Service